The IT World is a dangerous place

We are dependent on our computers to:

The bottom line is our computers and the networks they are connected to are the foundation of the Knowledge Economy.

The problem we all face is that this network is shared with a vast array of Bad Actors.

Throughout history there have been numerous parallels to this situation.

One such example would be the economies of 18th century Europe; they were funded in many ways by ship borne trade with far off colonies.

Those economies were threatened by Pirates. 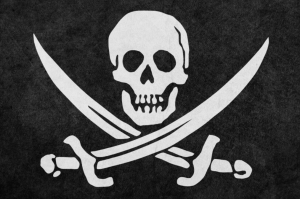 Today we have digital pirates.

These digital pirates attack us from numerous directions, and they attack constantly.

The concept that anyone or any platform is beyond reach of the threat is simply unrealistic.

We need to recognize that these attacks are not single events.

They are part of an ongoing campaign. Unlike, an actual military conflict, where the resources of the combatants are depleted during battle, in these battles, the bad actors resources are not affected.

Their nefarious attempts to trick you into clicking or logging in just never stop.

How can you defend against these attacks?

Get in touch to hear about our solutions.